SYS in partnership with Wageningen UR published "why Invest Ethiopia?" on the 29th of October in 2015. Stating that the primary goal of the Ethiopian government is to eradicate poverty by delivering economic growth and transforming the structure of the economy. To this end, the government has developed three successive blueprints that have been implemented with varying degrees of success: 1. the Sustainable Development and Poverty Reduction Program (SDPRP), implemented from 2002/03 to 2004/05 2. the Plan for Accelerated and Sustained Development to End Poverty (PASDEP), implemented from 2005/06 to 2009/10 3. the Growth and Transformation Plan (GTP), covering 2010/11 to 2014/15.
Publication Date:
Thursday, October 29, 2015 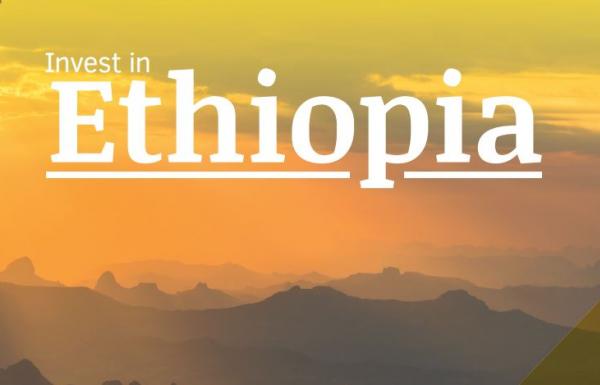 Ethiopia’s achievements in the economic sphere are all the more impressive when considered alongside the ground covered with respect to human development indicators—such as poverty reduction, health and education—and infrastructure improvements, including “institutional” infrastructure or governance. Agriculture leads industrialization is the philosophy behind the national economic policy. In line with this principle, Ethiopia has been implementing its fi rst fi veyear Growth and Transformation Plan (GTP) that aims to achieve an average annual economic growth of 11–15%. Over the last four years of the plan, the economy has achieved an average annual growth of 10.7% per annum. Among others, the GTP emphasizes the growth of the industrial sector which employs raw material and labor from the agricultural sector. The forecasted GDP share of industry was 20%, and even though the industrial sector is short of the GDP target, its growth remains the highest of all sectors with over 21% annual growth during the last fi scal year. Over the last fi ve years, steps have been taken in terms of laying the foundation for a strong industrial sector. In particular the country has been investing in massive infrastructural projects such as a railway line, hydropower generation, education and health